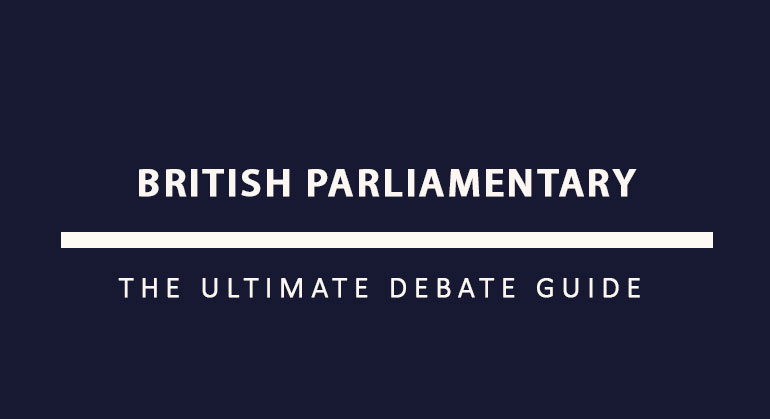 It is the most used format in international and national debate competitions and it is dedicated especially to university students.

This format consists of 4 teams, each team has 2 members. The 1st and the 2nd team are the opening government and the closing government, which by default should support the motion. The 3rd and the 4th teams are the opening opposition and the closing opposition, which by default should go against the motion. 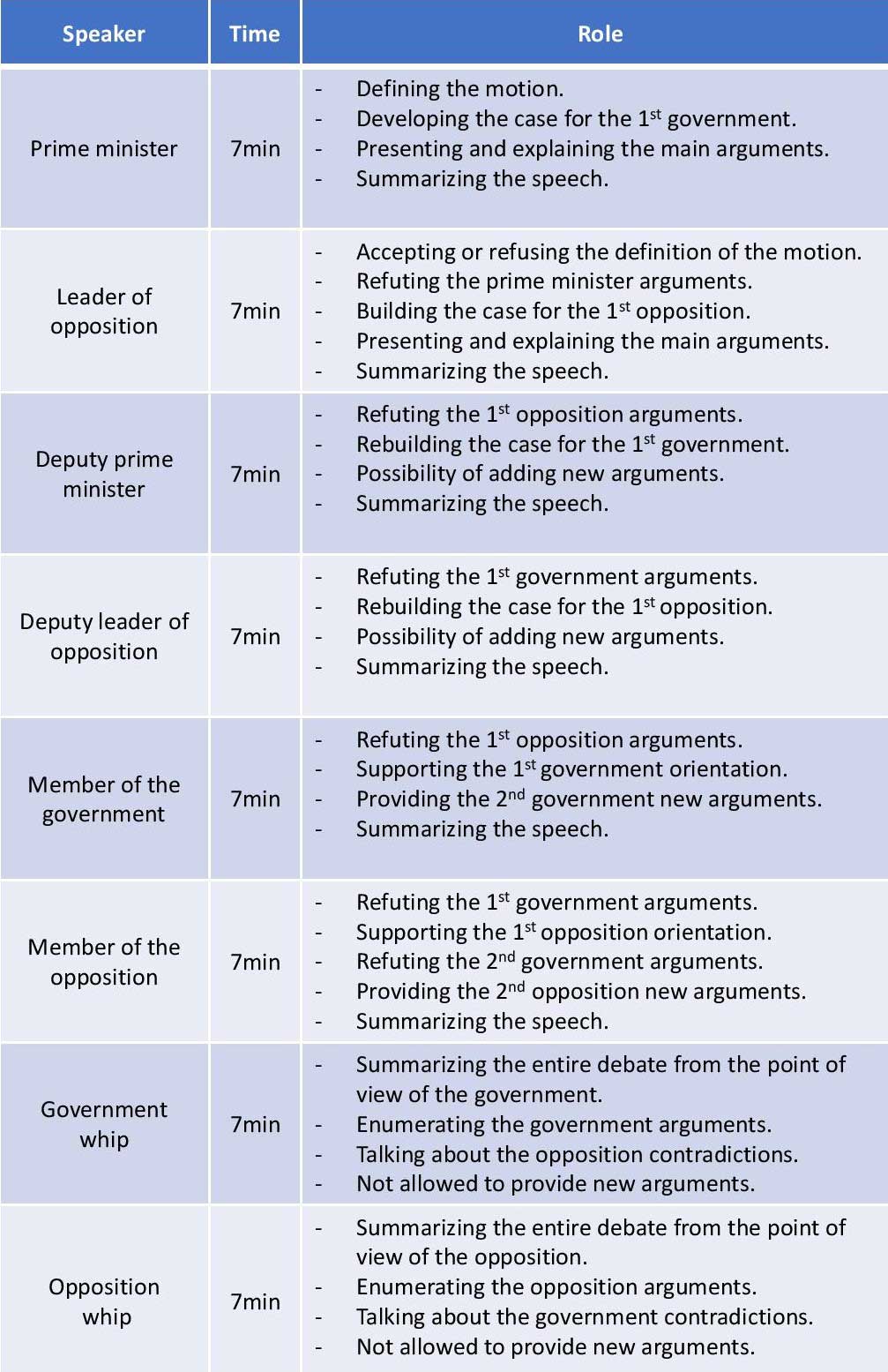 Before the debate starts each 1 of the 4 teams has 20 min to prepare separately without communicating with the other teams.